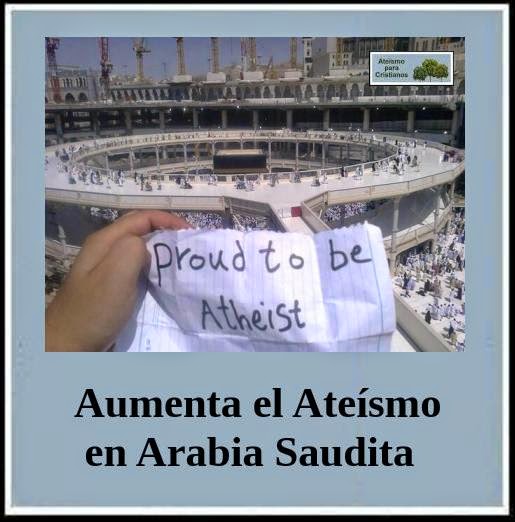 The rise of atheism in Saudi Arabia, where talking about atheism is illegal

Part Three: In March the Saudi government outlawed “calling for atheist thought in any form, or calling into question the fundamentals of the Islamic religion on which this country is based.”

Editor's note: Saudi Arabia’s religious landscape has sometimes appeared as a monochromatic terrain of pious Muslims following an intolerant, puritanical version of Islam. If that picture was ever accurate, it is certainly not today.

Saudi Arabia is in the midst of a slow but major social transformation in part because its largest-ever "youth bulge" is reaching adulthood. This transformation involves changes in the religious attitudes of ordinary people as well as shifts in the relationship between the House of Saud and its official religious establishment. The time when the state could use religion — instead of bald repression — to enforce uniform social behavior and impede political action has passed.

This is Part Three of a five-part series running in the coming days.

JEDDAH, Saudi Arabia — In this country known as the cradle of Islam, where religion gives legitimacy to the government and state-appointed clerics set rules for social behavior, a growing number of Saudis are privately declaring themselves atheists.

The evidence is anecdotal, but persistent.

“I know at least six atheists who confirmed that to me,” said Fahad AlFahad, 31, a marketing consultant and human rights activist. “Six or seven years ago, I wouldn’t even have heard one person say that. Not even a best friend would confess that to me.”

A Saudi journalist in Riyadh has observed the same trend.

“The idea of being irreligious and even atheist is spreading because of the contradiction between what Islamists say and what they do,” he said.

The perception that atheism is no longer a taboo subject — at least two Gulf-produced television talk shows recently discussed it — may explain why the government has made talk of atheism a terrorist offense. The March 7 decree from the Ministry of Interior prohibited, among other things, “calling for atheist thought in any form, or calling into question the fundamentals of the Islamic religion on which this country is based.”

The number of people willing to admit to friends to being atheist or to declare themselves atheist online, usually under aliases, is certainly not big enough to be a movement or threaten the government. A 2012 poll by WIN-Gallup International of about 500 Saudis found that 5 percent described themselves as “convinced atheist.” This was well below the global average of 13 percent.

But the greater willingness to privately admit to being atheist reflects a general disillusionment with religion and what one Saudi called “a growing notion” that religion is being misused by authorities to control the population. This disillusionment is seen in a number of ways, ranging from ignoring clerical pronouncements to challenging and even mocking religious leaders on social media.

“Because people are becoming more disillusioned with the government, they started looking at the government and its support groups as being in bed together and conspiring together against the good of the people,” said Bassim Alim, a lawyer in Jeddah.

“When they see the ulema [religious scholars] appeasing the government,” he added, “people become dismayed because they thought they were pious and straightforward and just. “

“I believe people started being fed up with how religion is really controlling their life and how only one interpretation of religion should be followed,” said activist Fahad AlFahad.

Together, the appearance of atheists, a growing wariness of religious controls on society, as well as the continuing lure of jihad and ultraconservatism signal a breakdown in the conformity and consensus that has marked the Saudi religious field in the recent past. It is becoming a more heterogenous and polarized faith scene.

“The mosques are full but society is losing its values. It’s more like a mechanical practice, like going church, you have to go on Sunday,” said a former employee of state media. “We no longer understand our religion, not because we don’t want to. But because our vision of it, our understanding of it, has been polluted by the monarchy…[and]...by the official religious establishment that only measures religion by what the monarchy wants and what pleases the monarchy.”

The growing skepticism about religion and clerics is more visible nowadays because of social media outlets, including tweets, blogs and Facebook pages.

— Prince Abdul Aziz bin Fahad has been tweeting nonstop abt God. I pity his disconnectedness from today's public. It's not the 1980's. Pathetic

— Could the ulema issue a fatwa against domestic violence? I mean the fatwa committee has prohibited playing Resident Evil

At the same time, however, there is a countervailing trend in that some young Saudis are joining radical Islamist and jihadi movements, a trend reinforced by the war in Syria.

This attraction towards militant ultraconservatism is also apparent in the activities of unregulated religious vigilantes. Even as the government’s own religious police have come under stricter controls, these bands of young religious “volunteers” attack social gatherings to stop what they deem as prohibited activities, including music, dancing and gender mixing. In one famous incident in 2012, these “volunteers” raided the annual government-sponsored cultural festival known as Janadriya, where they clashed with security forces.

It is still dangerous to publicly admit one is an atheist because of the dire punishment one can face from a court system based on sharia, which regards disbelief in God as a capital offense.

In addition, conservative clerics who have considerable sway among Saudis, use the label ‘atheist’ to discredit those who question their strict interpretations of Islamic scriptures or express doubts about the dominant version of Islam known as Wahhabism.

That is what happened with 25-year-old Hamza Kashgari who in 2012 tweeted some unconventional thoughts about Prophet Muhammad, none of which indicated he did not believe in God. Still, he was called ‘atheist’ and to appease the religious establishment, the government jailed him for 20 months.

Also, Raef Badawi, in his early 30s, was accused of being atheist because he called for freedom to discuss other versions of Islam besides Wahhabism on the website “Free Saudi Liberals.” Badawi was sentenced to seven years in prison and 600 lashes in July 2013. His lawyer, Waleed Abu Alkhair, a human rights activist who also has been jailed, said Badawi told the court that he was a Muslim but added that "everyone has a choice to believe or not believe," the BBC reported.

A Riyadh resident who has extensive contacts with young Saudis because of his job in higher education said that he “tries to warn young people that they are living according to an Islam constructed by the government, and not according to the Islam given us by God.”

Increasingly, he said, some youths “are going to ignore religion and become atheist, while others are going to understand the game.”

Murphy’s recent trip to Saudi Arabia was supported by a grant from the Pulitzer Center on Crisis Reporting. She is the author of A Kingdom's Future: Saudi Arabia Through the Eyes of Its Twentysomethings. 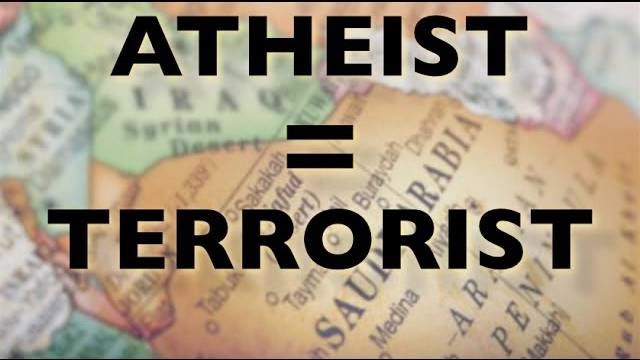 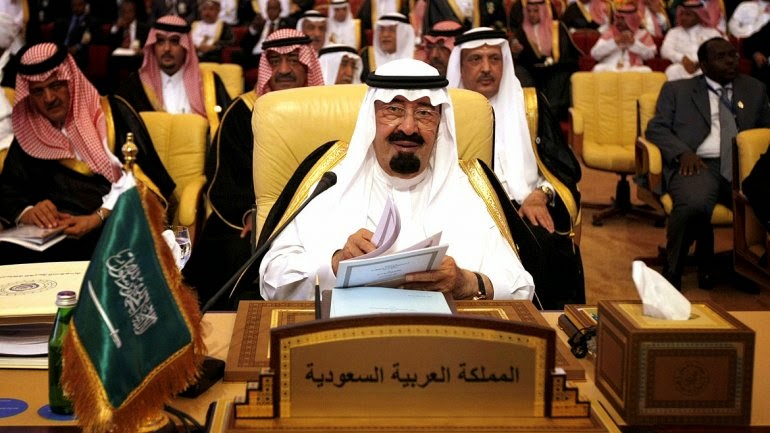 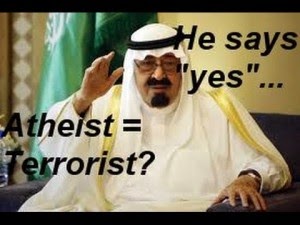 This is the final outcome of initiatives in the West spearheaded by groups such as the Hamas-linked Council on American-Islamic Relations, which moves quickly to demonize anyone who dares raise his or her voice against Islamic jihad terror, and Reza Aslan’s Aslan Media, which has waged a campaign of defamation against atheist writers such as Richard Dawkins and Sam Harris. Their efforts are essentially and inherently fascist: they seek to extinguish the free conscience and freedom of thought, and force conformity to Islamic laws forbidding all criticism of Islam or any aspect of Islam.

“Saudi Arabia declares atheists terrorists under new laws targeting citizens who ‘call for secular thought in any form,’” by Simon Tomlinson for the Daily Mail, April 1 (thanks to Kenneth):

Saudi Arabia has officially identified atheists as terrorists in sweeping new laws that threaten up to 20 years in prison for almost any criticism of the government or Islam.

The regulations place secular citizens who commit thought crimes in the same category as violent terrorist groups such as Al-Qaeda’s Yemen branch and Saudi Hezbollah.

Under the new decree by King Abdullah, Saudi Arabia will jail for up to 20 years anyone who fights in conflicts abroad – an apparent move to deter Saudis from joining rebels in Syria.

But the law also applies to any Saudi citizen or a foreigner residing in the kingdom that ‘calls for atheist thought in any form or calls into question the fundamentals of the Islamic religion on which this country is based.’

The laws have been denounced by human rights groups for making no distinction between religious expression and violent extremism.

The counter-terrorism measure have also been mocked by Al Qaeda’s Yemen branch which said they would not deter the Islamist group’s fighters and that they proved the kingdom was in the pay of the United States.

In an online statement, Al Qaeda in the Arabian Peninsula (AQAP) also said Riyadh’s designation of the Muslim Brotherhood – a group whose political wings have contested elections in several countries – as a terrorist organisation proved that secular authorities would never tolerate Islamist groups.

AQAP, seen as one of the most dangerous Al Qaeda branches after it plotted attacks on international airliners, is thought to have several hundred Saudi militants fighting alongside Yemeni counterparts against the government in Sanaa.

On Feb 3, Saudi Arabia announced tougher punishments for Saudis seeking to join Islamist militant groups abroad and on March 7 the interior ministry designated a number of groups, including the Brotherhood, as terrorist organisations.

In the group’s first public response to the measures, senior AQAP official Ibrahim al-Rubaysh said of the Saudi authorities in an audio tape posted online: ‘Their employers are the White House.’ He added that Riyadh appeared to consider the U.S. authorities as ‘gods.’

Addressing pro-government Muslim preachers in Saudi Arabia, Rubaysh said: ‘You are more American than the Americans themselves.’

Under the new measures, Saudi Arabia will jail for up to 20 years any citizen who fights in conflicts abroad – an apparent move to deter Saudis from joining rebels in Syria and then posing a security risk once they return home.

Saudi Arabia’s Islamic religious authorities have spoken out against Saudi fighters going to Syria, but the Interior Ministry estimates that around 1,200 Saudis have gone nonetheless.

Riyadh fears returning fighters will target the ruling Al Saud royal family – as happened after the wars in Afghanistan and Iraq.

An appeal contained in the counter-terrorism measures for fighters to turn themselves in had not been answered, Rubaysh said, adding that this showed ‘there is no weight on the hearts of the mujahideen (holy warriors)’.

Saudi authorities also fear the Muslim Brotherhood, whose Sunni Islamist doctrines challenge the Saudi principle of dynastic rule, has tried to build support inside the kingdom since the Arab Spring revolutions.

In Egypt, the Brotherhood, which won every election after the toppling of veteran leader Hosni Mubarak in 2011, has been driven underground since the army deposed President Mohamed Mursi, a member of the group which also suffered repression in the Mubarak era.

Rubaysh said the listing of the Brotherhood as a terrorist group sent ‘a message for all groups who are softening their processes and abandoning some of their principles’ that they would never be accepted by the ‘heads of disbelief’.

‘Heads of disbelief’ is a phrase used by al Qaeda to indicate secular or pro-Western authorities.

‘It is required to stand firm unto death if we desire the satisfaction of Allah,’ Rubaysh said. 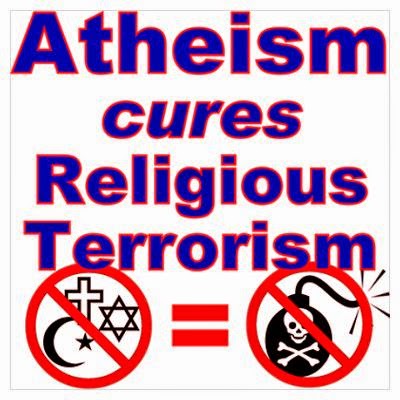 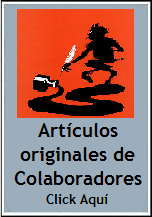 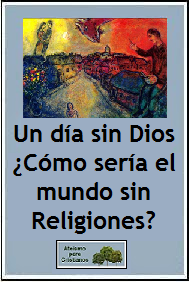 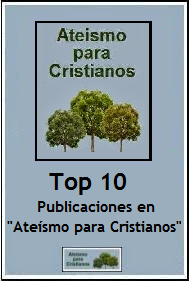 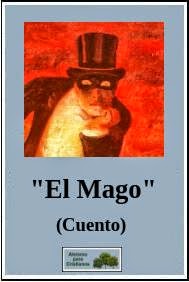 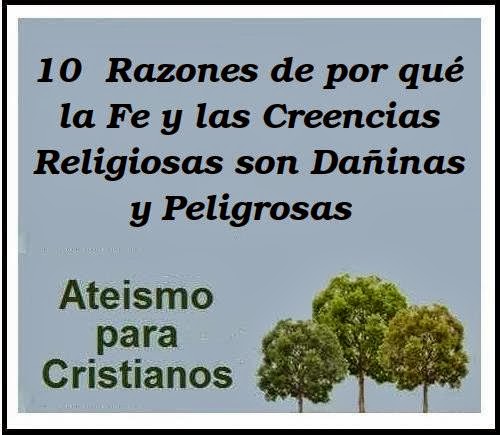 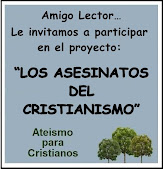 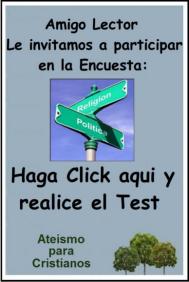 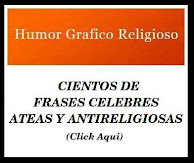 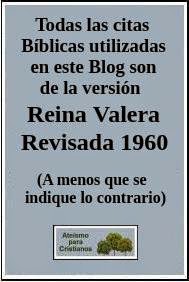